Pancheshwar is located on the foothills of the Himalayan ranges on the India-Nepal border. Pancheswar is famous for fishing during the months from April- July and September & October in river of Maha Kali, Sardu and Sarju .Mahaseer or the Great Head is a fish that is considered to be the ultimate fishing trophy for those fishing in these regions. 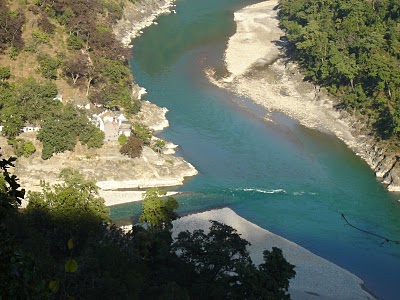 While on this exciting fishing trip you also enjoy the natural beauty of the surrounding forests, streams and the high mountains. You also visit some temples in the region that are dedicated to the Gods of the mountains. Mixed forests teeming with nature and noises, local temples dedicated to the mountain gods and of the unforgettable white peaks of the Himalayas 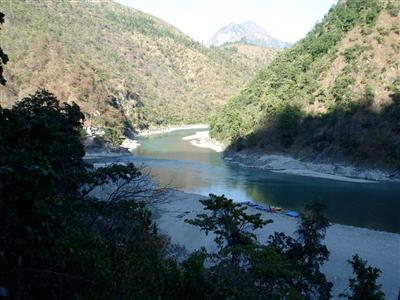 Near Corbett, Pancheshwar fishing is most famous because of its ideal location. The Mahaseer or the Great Head is a fish that is considered to be the ultimate fishing trophy for those fishing in these regions. While on exciting Mahseer fishing tour you also enjoy the natural beauty of the surrounding forests, streams and the high mountains, while your stay at hotel ranjeet palace Lohaghat

The word Mahseer (Barbus Tor) is derived from the two words “Maha” and “Seer” from the Hindi language that combine to mean “Great Head”. This majestic game fish is to freshwater angling what the tiger is to big game – the ultimate trophy.And it is in the snow fed rivers and tributaries of the Maha Kali, Sarju and Sardu that we will take you in search of this, the most revered of fish, and a host of other species; rohu, katli, carp and hill trout.

Pancheshwar and the surrounding villages are nestled in the foothills of the Himalayas on the India – Nepal border, in fact on the odd occasion you may find yourself straddling this peaceful natural border as you wade mid stream.The Mahseer is a fresh water scaly fish, which can attain a huge size, and shows more sport for its size than a Salmon and therefore is considered the best sport fish in the world. The Mahseer quite avidly takes to bait such as spoon, plug, fly or livefish, an erroneous impression has gained ground that they are carnivorous and rapacious. Careful studies have shown that they are omnivorous and take almost any thing available in water ranging from weeds, snails, crabs and live fish.

Fishermen consider the Golden or Himalayan Mahseer (Tor putitora) as the main species available on the Saryu & Mahakali rivers, besides the Silver and Black Mahseer. Goonch (Bagarus bagarius), a fresh water scavenger is also another species that thrives in these rivers. Though accurate data on the catches of Mahseer for different parts of the country are not available, comparison of figures from isolated surveys and observations of Anglers indicate that in the past Mahseer of 70 – 80 lbs, have been frequently caught in the Indian waters. It has been reported that the Mahseer can grow to weights exceeding 100 lbs.

error: Hotel Ranjeet Palace Lohaghat is situated at an altitude of 7000 feet, located in Champawat district. It offers majestic views of the snowcapped cliffs of the mighty Himalayas in its full glory.